Durban Collegians, as the club is known today, was formed at a meeting in the Princess Café on March 14, 1906.  Originally known as the Old Collegians Rugby Football Club, their initial objective was to form a club for certain individuals who had passed through any college or public school in South Africa. 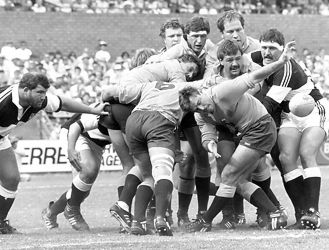 For whatever reason, Collegians was formed, their contribution to Natal Rugby was later to achieve prolific proportions.  As they grew in stature so was built an unbelievable tradition which was, in later years, to stand the club in good stead.

Durban Collegians had a lot of problems in their opening years.  It wasn’t all bed and roses and perhaps because of their shaky start they, above all, have learned the art of survival.

Dr Addison became the first president of Collegians who immediately ran headlong into problems that were not of their making.  There had been some trouble inland resulting in the club losing players to a number of volunteer army units.  It became so bad in fact that the Rugby Union allowed Collegians to withdraw from the Wylie Cup Competition. 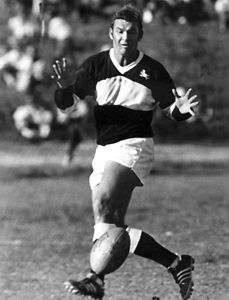 They survived those lean times and were given huge credit in the local press when, against all odds, they won the 1907 Murray Cup.  So highly thought of was the Collegians fight back, a formal dinner was held at the Royal Hotel in their honour.  In fact, they had won all the silverware on offer that year and it was to become a frequent occurrence in years to come.

To date, Collegians have won the Castle Lager Murray Cup and the McCarthy Toyota Moor Cup more times than any other club in the history of those competitions, including winning the Moor Cup for 17 years in a row! Not only is their name engraved on the oldest prized NRU trophies, but over the years they have managed to collect many awards in the lower leagues – indicating that they have always looked after their depth in the game. 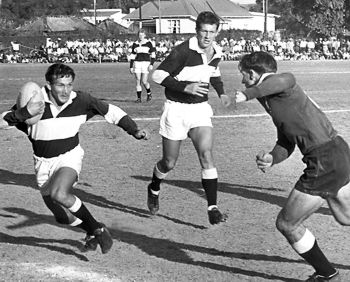 Collegians has also produced two Springbok captains in Tommy Bedford and Wynand Claassen. Bedford, who was first capped for South Africa when still playing for Bearing Man Durban Varsity in his student years, went on to become one of Durban Collegian’s most famous Natal players.

The club has produced many great administrators as well, including Basil Medway and the late Brian Irvine who was also one of Natal’s finest captains. The former CEO of the Sharks (Pty) Ltd, Brian van Zyl, is also a product of Collegians and he also captained the province.

Collegians most senior administrator is Keith Parkinson who was the Deputy President of the South African Rugby Football Union, clearly indicating the club has served the game well – having produced great players and administrators alike. 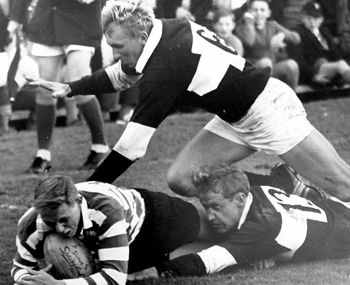 The Collegians story of course, wouldn’t be complete without mentioning Natal’s greatest coach, Isak van Heerden. Van Heerden and Ian McIntosh will, without doubt, be etched in the annals of Natal Rugby’s history books as two individuals who changed the fortunes of the game in the province. Van Heerden can quite easily be considered as one of the most famous Collegians of all time – over and above the many great “Boks” that graced the now famous club. It came as no surprise when he was appointed by the South African Rugby Football union to go to Argentina to prepare the emerging force in rugby – the Pumas – for their first historic tour to South Africa.

Natal and Argentina have since had a long standing association with each other and it was fitting that Durban Collegians won the inaugural inter-continental rugby tournament between clubs from both countries. Collegians reached their centenary in 2006 and certainly they can be proud of their history. They have a wonderful rugby heritage not difficult to understand why, from a Natal point of view, March14 1906 was to become one of the most important dates in the history of the game in Natal.